TOMS RIVER – After every major storm, locals will stop at the beach to survey the damage – to see how much sand was lost. Recently, people gathered to watch the sand being put back.

Ortley Beach was the site of a beach fill project to make up after storms that battered the coast. Two large barges scooped sand off the ocean floor. The sand would be piped over to the beach where it was spread out.

The difference between the old beach and the new is visually obvious. The old beach cuts down sharply, as it had been carved away from erosion. The new beach was a darker color, as it was still wet from the ocean.

Shorebirds circled to pick up any bits of food that had been picked up by the dredge. Residents and visitors took a few minutes to watch from the boardwalk. Although none of them wanted to speak on record, they had questions about what the project would do to the habitat on the ocean floor, whether the sand would last, and what it would look like after it was done. They said they were not inconvenienced by a portion of the beach being closed on Memorial Day weekend.

“It’s quite an operation,” said Ken Langdon, chairman of the Ortley Beach Liaison Committee, via a phone interview. “My main concern is that I’m not sure they’re going to be able to finish it in 14 days.”

The work was an extensive project, but residents have been talking about it for a long time, he said.

“I haven’t heard anything negative at this point (from residents). People are just elated that they’re here,” he said.

Councilwoman Maria Maruca, whose ward oversees Ortley, also said she had heard no complaints from residents.

“They’ve rallied for this,” she said of Ortley residents. “They fought long and hard.”

“We’re very pleased” that it finally happened, he said.

More than 500 easements were signed for the work to begin, she said. These easements gave the government and its contractors the ability to come out to the area to work. Not only that, but the easements extend to future beach renourishments if needed over the course of 50 years.

Other projects will be performed in the area, including restriping roads for better parking. “It’s going to look like a brand new Ortley Beach,” she said.

The plan, overseen by the Army Corps of Engineers, was to spend two weeks at the site.

According to the state Department of Environmental Protection, Ortley will receive approximately 267,000 cubic yards of sand, creating an approximately 225-foot-wide beach.

They would then return in the fall to replenish 11 million cubic yards of sand along approximately 14 miles of coastline, from Point Pleasant Beach through Seaside Park. The total project costs about $128 million. The work will be done by Weeks Marine.

The goal was to get the work done even earlier, before the season began, not on Memorial Day weekend. However, the barges got held up on a job in Florida and arrived late, said Steve Rochette, spokesman for the Army Corps.

“Dredges are very much in demand in the country,” he said.

In order to minimize the impact to local residents, 1,000 feet of beach was closed off at a time.

The sand is dredged from the ocean floor about 1.5 miles from shore, he said. There is an environmental assessment performed, and samples taken, to determine if there is any environmental impact. The project also has to be approved by the U.S. Geological Survey and the Department of Environmental Science’s Marine Fisheries bureau.

“There is a temporary impact, but in all of our mentoring, there is not a long-term effect,” he said. 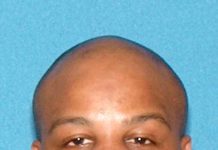 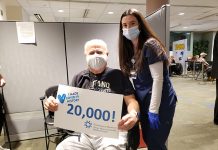