TOMS RIVER – As we celebrate our nation’s independence this month, all was not so certain here about that independence in July, 1776.

New Jersey was a dangerous place to be in the days before and after independence was declared, including our tiny patriot village of Toms River.

While Toms River was a patriot stronghold throughout the struggle for independence, some of our neighboring towns were not.

Just two weeks before independence would be declared by the Continental Congress sitting in Philadelphia, New Jersey’s Provincial Congress received a petition from “sundry inhabitants from the Township of Shrewsbury praying that no new mode of government may be established; that the present may continue; and that no measures may be adopted that tend to separate this Colony from Great Britain.”

Our town, which was then called Dover Township, was once part of Shrewsbury Township, having been carved out of it in 1767 when our legal charter was granted.

June and July 1776 were uncertain times in New Jersey as the minutes of the “Provincial Congress” reveal.  This Congress – an unofficial body that challenged the royal “General Assembly” – acted as a “shadow” or alternative government to the King’s government, then headed by Governor William Franklin, the last royal governor of New Jersey. Franklin – Benjamin’s son – appointed in 1763, remained loyal to the British to the bitter end. New Jersey would have none of that and the Provincial Congress took the following action:

Ten days later  – on July 2, 1776 – they would vote for independence which was announced, publicly, on July 4th. But, it would require more than just words to gain independence. It would require action – military action – and soon action there would be.

On July 17, 1776, the Provincial Congress received a letter from John Hancock on behalf of the Continental Congress “requiring an addition of two thousand of the militia” to which “we, the deputies of New Jersey, in Provincial Congress assembled, do resolve and declare, that we will support the freedom and independence of the said States with our lives and fortunes and with the whole force of New Jersey.”

More than 200 years later, sometimes we might take our independence for granted, but as those days in June and July 1776 demonstrate, all was not so certain. Let us remember this in the peace and comfort in our lives this July 4th.

Source: Journal of the Votes and Proceedings of the Convention of New Jersey, 1776, published in 1831 by J. Justice, Printer. 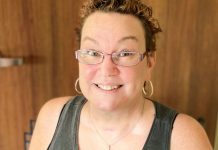