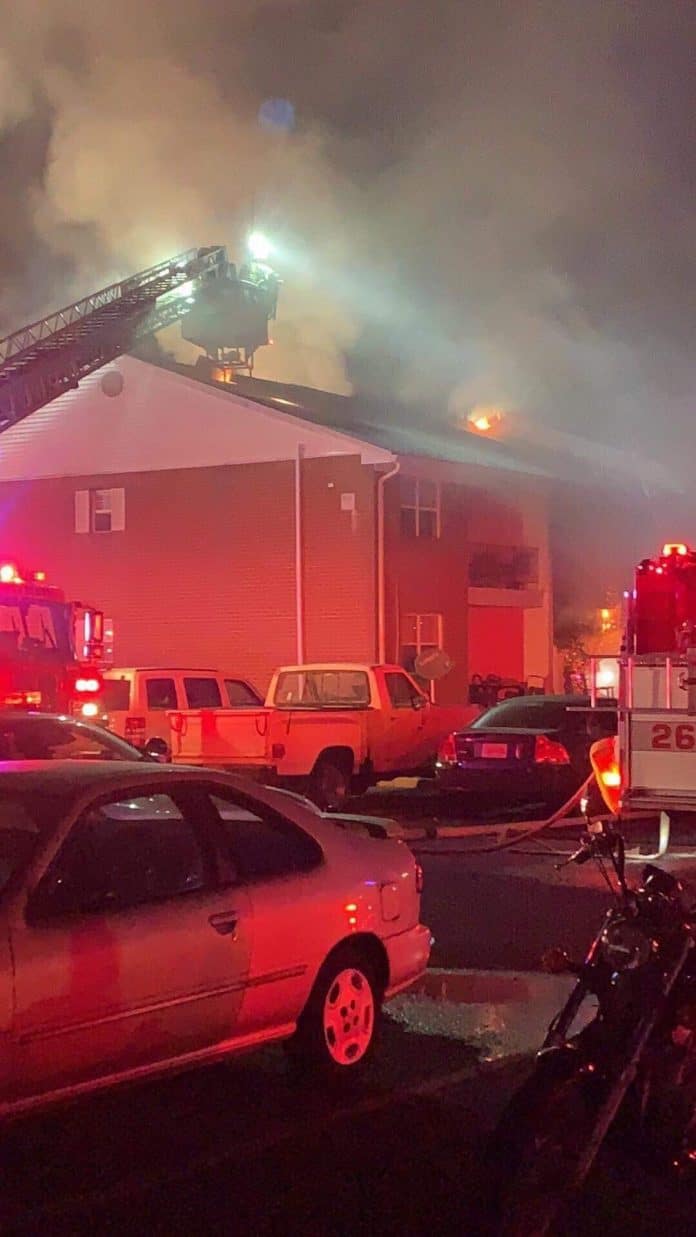 TOMS RIVER – Firefighters and police responded late Thursday night to a blaze at the Jamestowne Village apartment complex in the township.

According to Ocean County Scanner News, which was first to report the incident, the fire started in building 22 around 11 p.m.

Flames were seen shooting from the first and second floor and quickly spread to an attic.

Inspector Kevin Britton of the Toms River Bureau of Fire Prevention, along with Travis Seaman of the Toms River Police Department and Chris Bonner of the Ocean County Prosecutor’s Office were able to determine the origin of the fire to be in the kitchen on top of the stove. The fire started due to unattended cooking oil in a pan, which had ignited.

The blaze was out by 12:30 a.m. and utility crews were arriving on scene as most of the utilities were turned off as a precaution.

According to a press release from Toms River Township, one occupant of the first floor apartment received second-degree burns on their hand. No other injuries were reported. 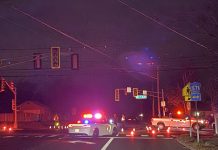