FREEHOLD – A Toms River man has been charged with the theft of over $485,000 from solar installation customers between December 2015 and June of 2016 after accepting payments and ghosting clients, announced Monmouth County Prosecutor Christopher J. Gramiccioni.

In June 2017, an investigation found that Tzokas stole $408,331 from a school. Upon further investigation, two more theft victims were discovered. Tzokas allegedly stole approximately $43,493 from a church and $33,468.75 from a homeowner.

According to the prosecutor’s office, Tzokas would receive initial payment and begin the solar installation project before ultimately abandoning the job and becoming inaccessible and unresponsive to clients

Tzokas never continued any work and fraudulently spent the payments for his own personal use, Gramiccioni stated.

Tzokas was charged and arrested on Feb. 1 by the Monmouth County Prosecutor’s Office and Toms River Police Department.

Anyone who has information on this case should contact Monmouth County Prosecutor’s Office Detective Stephen Borchard at 800-533-7443. 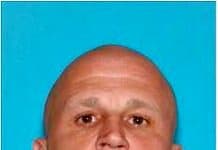