TRENTON – Governor Phil Murphy signed an executive order for flags to be flown at half staff on Friday for Keith Pinto, a lifeguard who lost his life in a sudden thunderstorm on Monday.

“I was devastated to learn of Keith’s passing in a tragic incident earlier this week,” Murphy said. “He took on the selfless and great responsibility of protecting beachgoers at White Sands Beach. We mourn his loss and we will never forget his service to Berkeley Township and the many families that he kept safe. Our prayers are with Keith’s family, friends, and his fellow lifeguards.”

The executive order includes all U.S. and New Jersey flags at all state buildings and facilities on Friday, September 3.

Pinto, 19, was working at White Sands in the South Seaside Park section of town. He was fatally injured by lightning while on the job on August 30. Three other lifeguards and four members of the public were also injured, suffering headaches, dizziness and hearing issues. Crisis counselors were made available for beach staff employees.

The Seaside Heights Borough Council was one of several governing bodies who held a moment of silence for him.

Hundreds of family and friends held a candlelit vigil on the beach in his memory, adorning the lifeguard chair with flowers and photos.

“He was just naturally funny and loving and caring,” his sister Tina told TV reporters. The story attracted international attention.

The teenager was known for his kindness and his dedication to his loved ones. He graduated from Toms River High School North and was a sophomore at Ocean County College. He was studying criminal justice psychology and had plans to join the U.S. Marines.

An online fundraiser was started to cover funeral expenses for him. 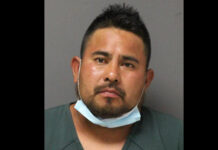