TOMS RIVER – A family escaped a home fire, thanks to their fire alarms.

At 11:20 p.m. April 12, the homeowner at 538 George Road awoke to the sound of an alarm and the smell of smoke. He investigated and found his kitchen to be on fire. He called 911 and then evacuated his wife and two children, ages 8 and 4. He attempted to smother the fire with a fire extinguisher, but was eventually overcome with smoke and fled the home.

Toms River Police, Fire and EMS crews responded to the scene and brought the fire under control. The fire is still under investigation. The family with no injuries.

“Although tragic, this event highlights the importance of having smoke detectors and fire extinguishers in every home. Had these not been present and in working order we most assuredly would have had more extensive damage to the home and the potential for very serious injuries to this family,” Toms River Police community affairs officer Ralph J. Stocco said. 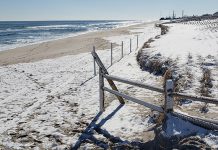 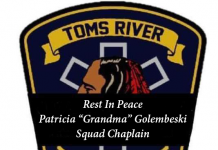