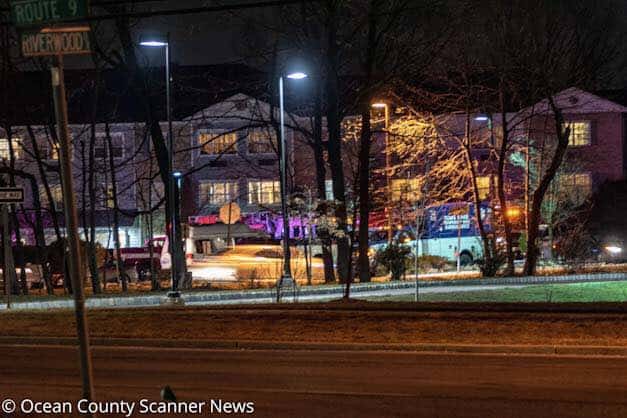 TOMS RIVER – An emergency situation involving the plumbing at an assisted living facility leads to a full scale evacuation.

The incident was first reported on the Facebook page of Ocean County Scanner News. Photos from the scene showed several emergency vehicles on scene.

Little explained that all electrical service to the entire facility would need to be disconnected. As a result, all of the residents and staff were ordered out of the building.

The operation is being handled by the Toms River Township Office of Emergency Management.

Paul Daley with the Toms River Office of Emergency Management said the scene was cleared around 11 p.m. He confirmed that about 87 people were transported to other nursing homes or care centers via Toms River school buses. Some went home with family.

At this point, it isn’t clear as to when the residents will be able to return to the center.

No one was injured during the incident.