BARNEGAT – The Veterans of Foreign Wars Post 10092 presented awards to local students at the most recent Barnegat Township Committee meeting.

Polo read her essay. It talked about her experience in Tanzania, Africa, doing charity work. This work made her appreciate what she has. “Even though America may not be perfect, we have the freedom and ability to make it so,” she said.

The high school seniors had a separate contest, called the Voice of Democracy. Jessica Pereira won that award.

Both awards came with checks, and commemorative items such as plaques and dog tags. 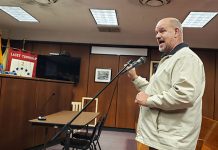 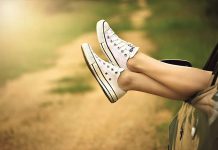