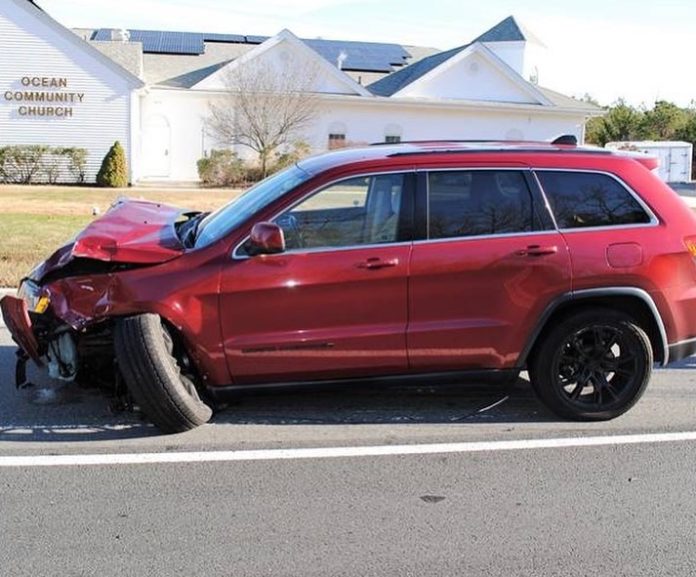 STAFFORD – A Manahawkin woman faces a careless driving charge after she caused a three vehicle accident on Route 72, according to police.

Stafford Township Police said 25-year-old Brianna Matullo of Manahawkin was driving her Jeep Grand Cherokee near Breakers Drive on Friday, November 29. Police said Matullo was heading west and didn’t notice the traffic stopped ahead. She crashed into the back of a Honda CRV driven by 68-year-old Maria Veloso of New Brunswick.

Police said Matullo, Veloso’s, and Adams’ vehicle sustained extensive damage from the collision and were removed from the scene by South Shore Towing.

Matullo is being charged with Careless Driving, pending a future court appearance in Stafford Municipal Court.

This collision is under investigation by Patrolman Justin Pascale, with assistance from Sergeant Robert Conforti.

Traffic was able to pass through the scene during the investigation.

Police said several citizens stopped to render assistance to those involved in the crash prior to their arrival.