TUCKERTON – Police are seeking the public’s help in identifying the suspect in a recent hit and run.

At approximately 4 p.m. on Sept. 23, a hit and run occurred near 117 Center Street in the township. Police stated that two nearby properties sustained significant damage as a result of the incident. In addition, parts of the suspect’s vehicle were left behind at the scene.

“We believe we are looking for a dark in color 00-07 Ford Focus with significant damage to the front end and a missing a passenger side mirror,” stated a post from Tuckerton Police Department.

Anyone with any information regarding this incident should contact the Tuckerton Police at 609-296-9417. 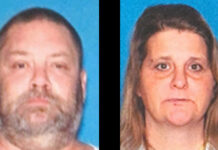