STAFFORD – A police investigation into a worrisome social media post found no immediate threat, according to Stafford police.

The post, relaying a threat of school violence, was shared within the past 12 hours, according to police.

“The post was investigated by Stafford PD as well as numerous other local police departments and found to have originated and pertained to a juvenile male in Boynton Beach, Florida who had posted the picture,” stated police via social media.

The post quickly went viral, making its way to Stafford Township. While the juvenile from Florida responsible for the post has been arrested, police assure residents that the threat has nothing to do with New Jersey or Stafford Township. 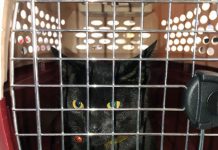