BARNEGAT – A local man was arrested on drug and weapons charges after being pulled out of his vehicle.

The incident began around 8:30 p.m. on October 20 when officers saw a black Jeep being driven recklessly. Police said it nearly struck several vehicles in the area of Bowline Street.

Officers from the Crime Reduction Unit pulled the driver over on West Bay Avenue. The driver, Hakeem Smith, 31, of Barnegat, was “uncooperative and was removed from the vehicle,” police said.

“This is yet another example of our officers – who in this case included one of our new officers in just his third week of training – demonstrating outstanding policework to safely resolve a highly volatile situation,” said Chief Keith A. Germain. 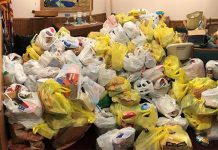 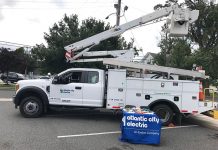