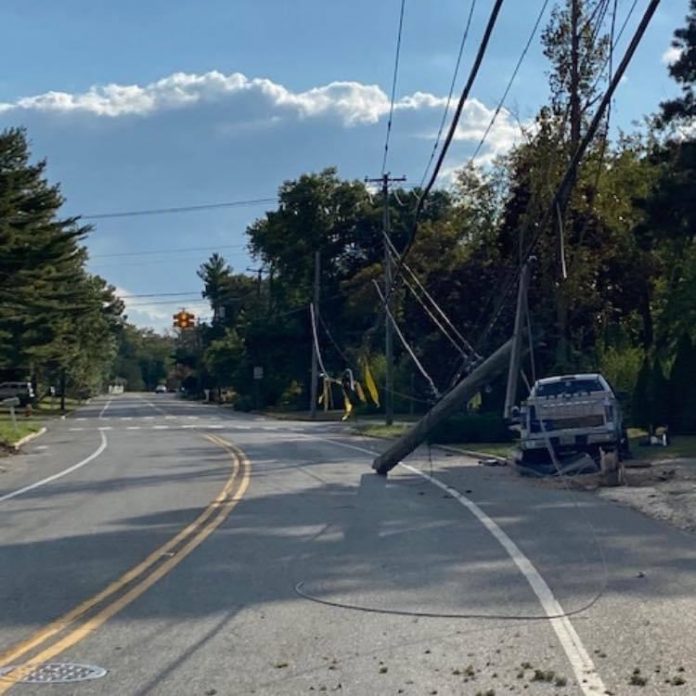 STAFFORD – A pickup truck brought down a utility pole in the township Monday afternoon causing a busy road to be shut for several hours and some intermittent power problems in the area.

Stafford Township Police said 41-year-old Christopher Parker had fallen asleep at the wheel when he was driving his Ford F-150 down Lighthouse Drive near Barnacle Drive.

Police confirmed that Parker was traveling south on Lighthouse when he approached a left curve in the roadway and left the roadway crashing into the pole.

Police said speed was not a factor in the collision and Parker was not injured.

The damaged pole and wires down caused the road to be closed during repairs by utility crews.

Officer Kunder and Officer Samaritano are the investigating officers.

Man’s Drug Arrest Leads To Others Being Charged