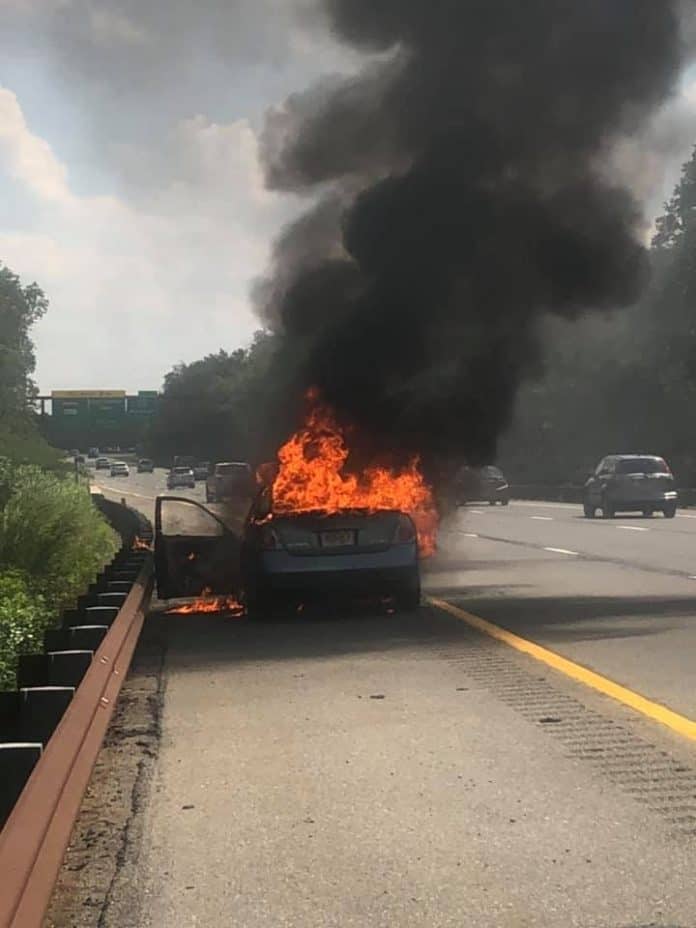 WARETOWN – It was an incident that caused traffic tie ups during the late afternoon rush for the start of the weekend. A car caught fire on the Garden State Parkway in Waretown.

According to the New Jersey State Police, the car ablaze was a Nissan Altima in the southbound side near mile marker 71.1. State Trooper Alejandro Goez said no one was injured and the driver was able to get out unscathed.

At first, units from Barnegat were dispatched and when it was determined that the blaze was in Waretown, the Waretown Fire Department was called to the scene. Both arrived at the same time.

Waretown Engine 3601 and Barnegat Engine 1103 worked together to extinguish the blaze.

According to a Facebook post from the Waretown Fire Department, firefighters noticed that the fuel tank was leaking gasoline. The gasoline that had been ignited from the burning contents of the vehicle began to pool under the vehicle.  A Class B (flammable liquid suppressing agent) foam was utilized to blanket the ignited flammable liquid pool.

Quality EMS was also called to the scene as a precaution.

The scene was cleared a short time later and the road was reopened.

The cause of the blaze is still under investigation.

The Biggest Catch: Fishermen Reeled In With Fanciful Lures