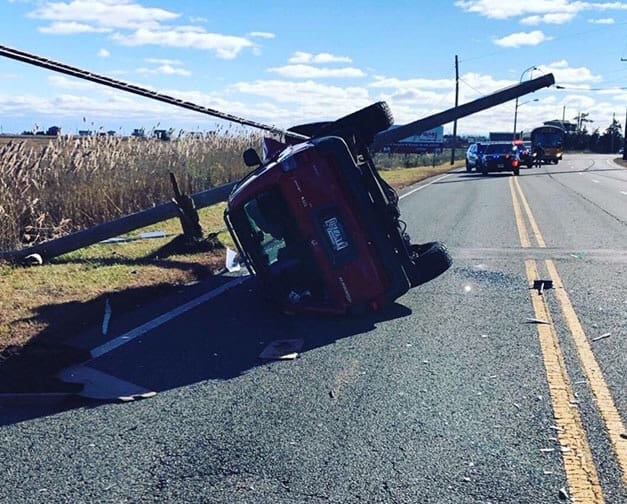 STAFFORD – A Surf City man has sustained minor injuries during a collision between a vehicle and utility that occurred on East Bay Avenue near Marsha Drive this morning, police reported.

On December 4, Stafford Police responded to the scene where they discovered a 1999 Toyota 4-Runner had collided with a utility pole, causing the vehicle to overturn.

Behind the wheel was 25-year old Andrew Smith of Surf City. Smith was traveling west on Bay Avenue when he hit the pole.

Police stated that traffic was diverted while waiting for the utility company to arrive and dislodge the pole from the vehicle.