BARNEGAT – An official said at Tuesday night’s Township Committee meeting that members of the administration will be sitting down to discuss the police contract with negotiators from the police union.

Committeeman Alfonso Cirulli said that the Policemen’s Benevolent Association and the Township Committee will be sitting down to discussions on Thursday and Friday. No details about the negotiation were revealed.

At a Township Committee meeting in December, officers came out to demand negotiations after a session had been cancelled by the town. Township officials had cancelled it because, they said at the time, there were no new developments. Neither side had a new proposal.

The officers have been working without a contract since 2013. 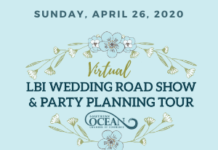