LACEY – A 58-year-old man has been sent to prison for 13 years after pleading guilty for manslaughter and drug distribution.

Back in April of 2019, the Berkeley Township Police responded to a call of an unresponsive man of who declared dead at the scene. After investigation, it uncovered that Rice had sold the victim a mixture of heroin and fentanyl. The drugs resulted to be the cause of the victim’s death.

“This particular defendant sold heroin that contained fentanyl, which ultimately caused the victim’s death.  We have been very clear that we will continue to arrest and prosecute individuals that pedal illegal and sometimes deadly narcotics in Ocean County,” Ocean County Prosecutor Bradley D. Billhimer stated. 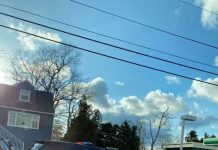