LACEY – A Forked River resident has been arrested for possessing and distributing numerous amounts of drugs.

After operating an investigation, the Lacey Township Police Department performed a search warrant at a residence and a vehicle on Inland Road in Forked River.

Bradley is currently being held at the Ocean County Jail. 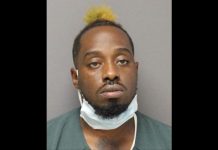