LACEY – It has been nearly two months of consistent debate between parents and the school board, following the discipline of two Lacey students for a firearm-related social media post back in March. Now, some pro-gun action has finally solidified as the New Jersey Second Amendment Society (NJ2AS) and Union Hill Gun Club in Monroe Township have teamed up to provide free firearms training to Lacey students.

The Union Hill Gun Club will be providing free safety training, firearm instruction, firearm rentals, ammunition, targets, and range time to all interested Lacey students on May 20 from 11 a.m.-4 p.m., according to a post by the NJ2AS.

The idea to provide students with a “day at the range” was introduced at the March 19 Lacey Board of Education meeting by NJ2AS President Alexander Roubian. Roubian attended the meeting, along with dozens of other concerned parents and residents, to express concerns over the district’s disciplinary actions.

Roubian noted in the post that this situation could go one of two ways. Either school officials could be seen as “digging their heels in and joining the national war on the Second Amendment” or could turn a negative into a positive by choosing to properly train students to use firearms.

“Since then, NJ2AS has been overwhelmed with interest from parents, and most importantly, the students who have contacted us to sign up. Part of NJ2AS’ message included the many Olympian and top competitive shooters who began their careers by accident – casually participating with a friend or family member at the gun range,” stated Roubian in the post.

Many parents are in favor of this free training program, such as Amanda Buron, who has acted as somewhat of a spokeswoman for a majority of Lacey parents upset with the school board’s actions since the beginning. Buron remarked that “this is exactly the education all of our children in the USA should be getting,” in a Facebook post lauding the NJ2AS and Union Hill Gun Club for the program.

Buron said that the petition to recall longtime board member Linda Downing will be brought to the firearm training program as well, for any parents who wish to sign it.

Buron, who has been a strong and very vocal proponent for gun rights throughout this debate, said that it was not her or the Lacey parents who made this program happen, but they are in full support of it.

Roubian also noted that Lacey school administrators and board members are generally in favor of the program. He explained that due to insurance issues, the school cannot officially sponsor the program, but through talks with Superintendent Craig Wigley, Roubian feels confident in their support.

In a statement, Superintendent Wigley said “The Lacey Township School District continually supports our student’s constructive activities outside of school to include any positive event sponsored by local and national non-affiliated organizations. Although we cannot specifically sanction out of school-sponsored activities by all organizations, we appreciate the opportunity offered to our students by NJ2AS.

In my recent positive discussion with Mr. Roubian from NJ2AS, despite misinformation and the exploitation of a confidential student matter, we agree this is a time for more collaboration and less rhetoric. We wish everyone who attends the event a safe and enjoyable time”

“By teaching proper firearm safety…we’re looking to turn this negative into a positive,” he said about both the NJ2AS and the school.

While the free firearm training is intended for Lacey High School students, Roubian said that there will also be a program for the elementary and middle school students called the Eddie Eagle Gun Safety Program where the younger students are essentially taught to “stop, don’t touch” firearms and to get an adult for help.

The training, which is scheduled for May 20, already has tons of sign-ups, according to Roubian.

“Were probably going to be at capacity,” which would be approximately 100 students. He remarked that they may even be facing issues with lack of space due to the amount of sign ups, adding that they [NJ2AS and Union Hill] are considering breaking the training up into a few smaller sessions. 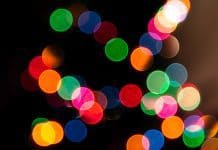 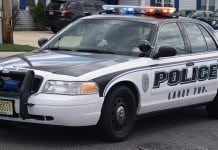 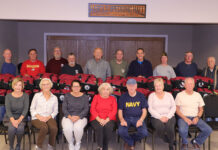