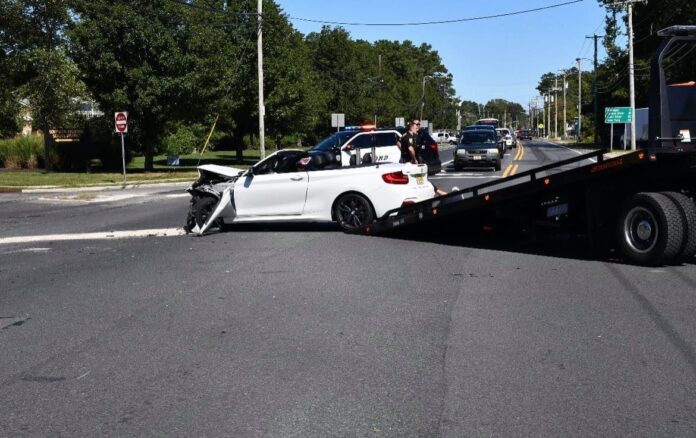 STAFFORD – A two vehicle crash in the township sends three to an area hospital with injuries and has police asking for witnesses to come forward.

Stafford Township Police responded to the crash at Route 9 and Hilliard Boulevard just before noon on September 25.

Police said 84-year-old Earl Lewis of Barnegat was driving in his Buick Enclave on Route 9 south entering the intersection of Hilliard Boulevard.

Lewis’ vehicle was struck by a BMW Convertible driven by 53-year-old Kathleen Cochran of Manahawkin who was traveling west on Hilliard Blvd and entered the intersection of Route 9 when the collision occurred.

Lewis, his passenger and Cochran were all transported to Southern Ocean Medical Center for treatment of their injuries. No word on their conditions.

Traffic was detoured around the scene for a half hour during the investigation.

Witnesses are urged to contact Officer Justin Pascale at 609-597-1189 Extension 8436 or jpascale@staffordpolice.org