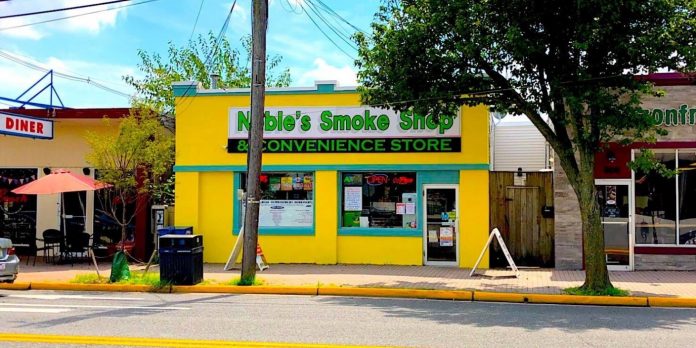 Updated 7/4: Police say the two suspects have been caught and are charged in the incident. Authorities say the store employee suffered a minor injury but was treated at the scene.

POINT PLEASANT BEACH – The search is on for a man and a woman accused of holding up a smoke shop in Point Pleasant Beach on Wednesday evening.

Authorities also said a woman believed to be his accomplice is wanted by police as well. She was described as 5 feet 5 inches tall last seen wearing a purple shirt and jeans.

Both suspects fled the scene in a 2009 Honda Fit with the license plate V95-KWX. It is unclear how much the suspects got away with.