Louis Freund, 52, was indicted on March 19 for Theft by Unlawful Taking.

An investigation by the Ocean County Prosecutor’s Office and Toms River Police Department found that Freund, the former treasurer of Boy Scout Pack #57 in Toms River, was withdrawing funds from the organization’s account for personal use.

“The parents and kids that volunteer their time for an organization such as the Boy Scouts deserve better than this” said Prosecutor Billhimer. 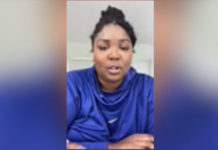