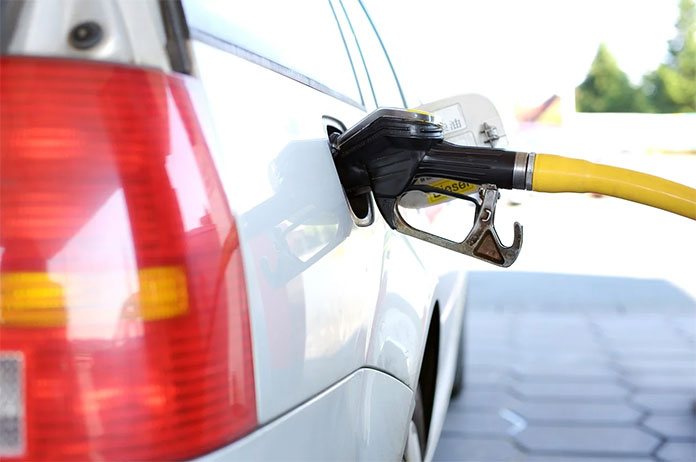 TOMS RIVER – No new increases in the state gas tax. That is what members of the Ocean County Board of Chosen Freeholders and several local lawmakers said recently.

Vicari added, “this comes just weeks after the Parkway and Turnpike toll increase go into effect. I’ve said time and again that these increases are especially unfair to Ocean County residents, who tend to commute longer distances than residents in other counties without the benefits of mass transit.”

In a letter Vicari wrote to Governor Phil Murphy, he demanded that the increase, which was “automatically” triggered by a shortfall in gas tax revenue, be revoked.

“The tax increase was the result of the Governor’s stay-at-home order and the decrease in vehicles on the road because of the pandemic. While I understand the reasons behind Gov. Murphy’s actions, the pandemic has already led to record unemployment and business closings. Our residents don’t need the burden of another state tax increase,” Vicari said.

The Freeholders unanimously opposed a 23-cent hike in the gas tax in 2016 and again came out against a 2-cent increase in 2018.

The Freeholder Director pointed to federal census statistics that show more than 108,000 Ocean County residents commute 30 minutes or more to work. More than 90,000 people travel outside of the county to reach their workplace.

More than 82 percent of local commuters use their own private vehicle. Only 2 percent rely of public transportation.

Vicari added, “this is a far cry from northern New Jersey counties that are served by numerous buses, trains and light rail lines. The gas tax is unfair to Ocean County residents who have no other choice than to drive to work.”

The percentage of county residents that use public transportation is only slightly higher than those employees who walk to work, which is just 1 percent of the total workforce.

He also said Ocean County has yet to see any promised benefits from the earlier gas tax increases. “We’ve seen no progress on the widening of Route 9. In fact, the state has made it clear that it has dropped any plans to widen the roadway and instead will simply ‘improve’ some intersections.

“Lakewood and northern Toms River Township are among the fastest growing regions in the state yet motorists are forced to use a two-lane highway that has remained basically unchanged for a century,” Vicari said.

The impact of the tax increase on the county’s $5 billion tourism industry was also noted by the Freeholder Director. “Our seasonal businesses have already suffered great hardships under the governor’s restrictions on indoor dining.”

“Now people are going to have to spend more to reach the Jersey Shore, meaning they will have less money to support our local shops, restaurants and amusement parks,” Vicari said.

Vicari’s letter to the governor and legislative leaders calls for “immediate” action to override the automatic gasoline tax increase.

“These are not normal times. The tax increase was triggered by events that none of us could have foreseen. Immediate action needs to be taken to cancel this oppressive burden before it impacts our residents,” Vicari’s letter states.

“Like many of our constituents, we completely object to the Murphy Administration’s increase in the state’s gas tax, on top of increasing tolls on the Garden State Parkway and Atlantic City Expressway and New Jersey Turnpike. Unquestionably, the Governor needs to reconsider this decision in view of the significant financial hardships it will cause for motorist and businesses who cannot afford to pay more,” the lawmakers said in a joint statement.

They added that “Governor Murphy has not refrained, in the least, from using his executive powers during the COVID-19 state of emergency, making unilateral decisions that have had profound impacts on residents and businesses. However, his Administration is arguing that is simply following the law by mandating another increase in the gas tax.”

The lawmakers added that, “without hesitation, our delegation broke with former Governor Christie by opposing the original 23-cent-per-gallon tax increase approved in 2016 knowing that our constituency, which primarily relies on the Garden State Parkway due to severe lack of access to mass transit, would be disproportionately impacted.”

“We knew that our constituents would see the tax dollars be used for mass transit projects in North Jersey. Worse than the original 23-cent tax increase was a provision in the 2016 law that empowers Trenton to increase the gas tax based on fuel consumption usage,” the lawmakers stated.

The lawmakers concluded saying, “this is the provision that the Murphy Administration is using to justify increase the gas tax again. Frankly, the Governor shouldn’t even have the ability to unilaterally raise the tax gas. The 2016 law should never have been signed into law in the first place.”