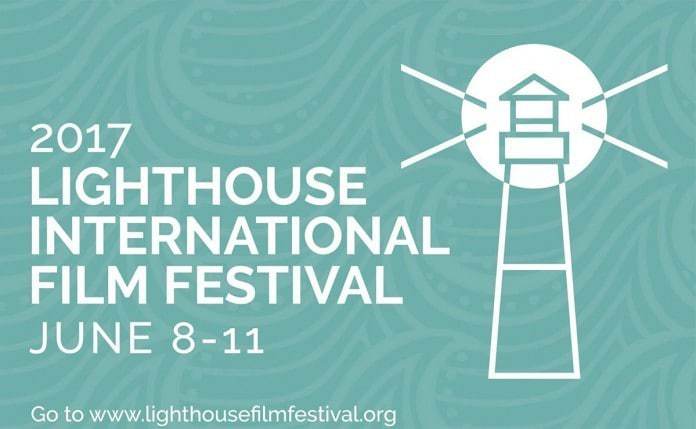 LONG BEACH ISLAND – The Lighthouse International Film Festival (LIFF) will kick off its 9th year by screening a stunning 27 features and 55 short films, premiere episodic content and for the first time ever, a virtual reality component.

The LIFF has announced the complete lineup for the event, which will take place from June 8 to 11 on Long Beach Island. The festival will open with Sam Voutas’ acclaimed King of Peking, a rousing Beijing-set love letter to cinema that brought cheering audiences to their feet at the Tribeca Film Festival in 2017.

“From the opening frames of King of Peking, I knew that it was special and a film that the LIFF audience will love,” says Lighthouse International Film Festival’s Eric Johnson. “Sam Voutas has made a film that speaks to cinephiles in a unique way, filled with moments that show film’s ability to act as a universal bond, while also telling a terrific story with a ton of heart and laughs. It is punctuated by pitch-perfect turns from his actors and it all comes together to form a sublime way to kick off the 2017 festival. We are thrilled to champion the emergence of one of the most exciting young directors working today by opening with King of Peking.”

King of Peking will open LIFF on June 8 at Long Beach Island Foundation of the Arts & Sciences in Loveladies, with director Sam Voutas participating in a Q&A following the screening.

LIFF will again present both Documentary and Narrative Centerpiece Films, including Jonathan Olshefski’s Quest as Documentary Centerpiece. A vérité portrait of a North Philadelphia family that was shot over the course of a decade, it tells the tale of Christopher “Quest” Rainey, along with his wife Christine (aka “Ma Quest”). They open the door to their home music studio, which serves as a creative sanctuary from the strife that grips their neighborhood. Over the years, the family evolves as everyday life brings a mix of joy and unexpected crisis. Set against the backdrop of a country now in turmoil, the film is a tender depiction of an American family whose journey is a profound testament to love, healing and hope. Quest will screen at The Long Beach Island Foundation of the Arts & Sciences on June 10.

The Festival’s Narrative Centerpiece film is Fits and Starts, the feature directorial debut of Laura Terruso. The acclaimed comedy stars The Daily Show’s Wyatt Cenac as a struggling writer who has been toiling away at the same novel for years. His wife (Jennifer Greta Lee) is a hot young literary figure, who has just released a new masterpiece. When her publisher invites the couple to an artists’ salon at his home in Connecticut, the pair embark on a twisted journey, and David must face his demons and try to “not be weird” among the waspy salon guests and competitive art set in attendance. He encounters a dentist with publishing aspirations, a book critic full of condescending advice, a fellow writer who may know his wife a little too well, an old “friend” and a high powered bipolar literary agent who just might be able to help him… for a price. Fits and Starts will screen on June 9 at The Long Beach Island Foundation of the Arts & Sciences, with Laura Terruso in attendance for a Q&A after the film. Closing the 2017 Festival will be Missing in Europe, director Tamar Halpern’s tense new thriller about a cybersecurity expert visiting Serbia under the guise of attending a conference for work, but is really there to check in on her daughter, Karissa, who has been studying abroad. Their happy reunion is cut short when Karissa and her classmate Lara go clubbing and seemingly disappear into thin air. Sara is certain that her daughter has been abducted. Utilizing a host of hacking skills and following the clues Karissa is leaving behind, she starts to uncover a major sex trafficking ring. Even worse, it seems the local police force is in on it. With nobody to trust but herself, Sara uses every tool at her disposal to locate her daughter before she’s sold to the highest bidder and disappears forever. Missing in Europe will screen at The Long Beach Island Foundation of the Arts & Sciences on June 11, with director Tamar Halpern on hand for a Q&A afterward.

The Lighthouse International Film Festival is also proud to announce the inclusion of Sundance Jury Winner Dina, the World Premiere of New Jersey-lensed The Oyster Farmers, the Ugandan Wakaliwood actioner Bad Black, and its first-ever virtual reality content. Alongside Lighthouse’s thrilling first foray into episodic content – Onur Tukel’s highly-anticipated Black Magic for White Boys – the festival will also be bringing back its immensely successful “Write By the Beach,” last year’s debut writers’ retreat program for female filmmakers and screenwriters. Designed with a simple mission to foster female voices in independent film, the program will see the Festival bring four female filmmakers and screenwriters to Long Beach Island for a week leading up to and including the Festival, with no obligation except to put work into whatever project they are currently developing. The 2017 Write By The Beach recipient writers will be announced later in May.

Inspired by the historic Barnegat Lighthouse, which has beckoned travelers to LBI since 1859, LIFF has emerged as New Jersey’s leading international film festival. The festival will feature award-winning films from countries around the world, as well as nightly parties and panel discussions.

For full schedule and ticket information on the 2017 festival, visit lighthousefilmfestival.org.

The Accord, R.C. Cone, USA/Iceland

The Best and the Loneliest Days, Qianzhu Luo, USA

The Other End, Sudeep Kanwal, USA/India

The Other Side, Griselda San Martin, Spain

The Poet and the Professor, Ariel Kavoussi, USA

The Lighthouse International Film Festival was founded in 2008 by a collection of filmmakers, film critics and film industry professionals who share a passion for film and wanted to create an event aimed first and foremost at film enthusiasts. Taking place on Long Beach Island, NJ – one of the East Coast’s most popular surfing destinations – the festival celebrates three days of new, exciting and challenging films in honor of Long Beach Island’s historic Barnegat Lighthouse.