TOMS RIVER – Government officials were on hand when COVID-19 vaccines were being administered to healthcare workers, warning that the vaccine is the light at the end of the tunnel, but we are still in the tunnel.

The vaccines were being given to healthcare workers at a drive-through vaccination site in the parking lot of Ocean Health Initiatives off of Lakehurst Road in Toms River.

People had registered online for an opportunity to take their first dose of the vaccine, and then come back 28 days later for their second dose. Some were a bit surprised to see the fanfare of journalists taking photos and video of their vaccinations for local and national news.

They were on hand for the press conference that morning at the facility. Gov. Phil Murphy, Health Commissioner Judith Persichilli, Congressman Andy Kim, and Freeholder Director Joseph Vicari were among the officials who visited Ocean Health Initiatives to celebrate the initial rollout of the vaccine.

Persichilli commended OHI, a federally qualified health center, on getting the vaccine out to frontline healthcare workers. These workers are more likely to be exposed to the virus directly or indirectly.

“The vaccine is safe and efficacious,” she said.

In 2021, the state will have more than 200 sites set up that will be vaccination areas, she said. The goal is to get 70 percent of eligible adults vaccinated in six months.

“Today is the day we’ve been dreaming of,” said Congressman Kim (D-3rd). “Hopefully, we’re turning the corner on the pandemic.”

As the son of a geneticist and a nurse, he said the medical and science communities are heroes, and he’s seen these heroes step up during our darkest times.

The vaccine is very important to Ocean County because it has the highest population of senior citizens in the state and possibly the country, Freeholder Vicari said.

“There is a lot of fear and a lot of anxiety, but now we are bringing hope,” he said.

The disease does not discriminate, and there will also not be discrimination in the distribution of the vaccine. “No one will be left behind,” he said.

“We want to continue our lives next year. We don’t want to sacrifice another holiday,” he said.

The role of government should be to listen to the citizens and to help, Freeholder Vicari said. He is a Republican, Kim and Murphy are Democrats, but they were all standing together at this press conference complimenting each other on doing their part to minimize the impact of the virus.

Theresa Berger, CEO of Ocean Health Initiatives, credited her staff for working tirelessly to create this vaccination program in a way to help healthcare workers quickly and efficiently.

John Bonevich, director of marketing for OHI, said that 70 staff started their vaccine treatment and more than 200 healthcare workers had made reservations.

To register, visit ohinj.org/vaccine-consent-landing. If you don’t meet the criteria for the vaccine right now, then visit back often as the state will allow more and more people access as time goes on.

The governor said that while the vaccine is still a great help, he didn’t want people to drop their guard, especially around holidays.

“It’s a trap. People will die as a result of that attitude,” he said.

Who Gets The Vaccine?

Governor Murphy said that the general public would start getting the vaccine by April or May, or possibly the end of June.

Congressman Kim noted that he has not made an appointment for the vaccine. This was brought up by a reporter in the press pool. Many people have been upset that politicians have been getting vaccinated before medical professionals, teachers and others who are more vulnerable. In some cases, the complaints have been that politicians who downplayed the virus and called it a hoax are going to be the first to be protected from it.

“I’ll take the vaccine when it’s my turn,” Kim said.

Murphy agreed, saying he will take it when he can, but he won’t jump the line in front of doctors and nurses.

Since the start of the coronavirus, Congress has only approved a one-time payment to residents, compared to other countries that have supported them more. The amount of the most recent stimulus was still being argued as of press time.

“This is something I’ve always wanted,” Congressman Kim said. If they can get more for the public, then he would be all for it. But the lack of funding for people who are suffering shows “an absence of leadership.”

Gov. Murphy said that the relief bill is not enough. Everyday people need more; municipalities need more; state and county governments need more, but “we’ll take what we can get.”

He urged that the President sign the relief bill now and then fight to get more aid for people. 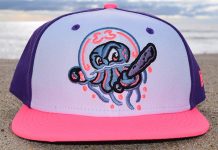