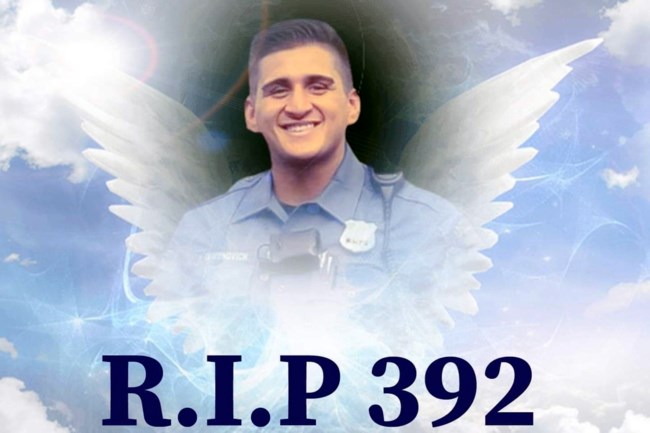 LAKEWOOD – In order to accommodate all the loved ones coming out to give their regards to Nicklas Shimonovich, a memorial service will be held at BlueClaws Stadium.

Shimonovich, 23, of Jackson, died in injuries sustained in a motorcycle crash when he was off duty. A Lakewood police officer, he was the son of Lakewood’s Sgt. Jeannette Shimonovich and Lt. Robert Shimonovich.

Crash investigators believe he lost control of his motorcycle and struck a parked utility trailer on September 5. He was transported to Monmouth Medical Southern Campus where he succumbed to his injuries a short time later.

According to his obituary, the visitation will be held on September 11 from noon to 2 p.m. at the stadium, located at 2 Stadium Way in Lakewood. The funeral service will be at 2 p.m. D’Elia’s Funeral Home is handling the arrangements.

Family and friends have already poured their hearts out and shared memories on the obituary page (DEliaFuneralHome.com) and on social media.

Shimonovich graduated from the police academy in 2018 and had been with the Lakewood Police Department since that year.

He was a graduate of Jackson Memorial High School, where he competed at the varsity level for both football and wrestling.

Captain Gregory Staffordsmith made a statement to the media via email: “He was well respected by his peers, supervisors and the community he loved to serve. We ask that you keep him and his family and friends in your thoughts during this difficult time.”