NEW JERSEY – Contributing to the spreading of the coronavirus by ignoring the guidelines set down by Governor Phil Murphy may come at a price – not only ill health but possibly fines as well.

Residents of the Garden State are being urged to report those individuals or businesses that are not complying with the governor’s executive orders aimed at reducing the spread of the health crisis. More than 34,300 cases of executive-order violations have been reported to the state since the end of March.

The reports come in through a form available on a COVID-19 information hub website. The form stresses that the executive orders are not voluntary and that violations can be reported anonymously even though it would make investigation of the incident more difficult to conduct.

It asks for the person making the complaint to provide their e-mail address, area code, phone number and to provide what the name of the business, organization or entity is violating the executive order.

Concerning business violations, complaints were broken down to whether a business was not practicing social distancing requirements, not allowing remote work of employees when it is possible, holding indoor gatherings of more than 25 people or more than 25% of the capacity of the rooms, or hosting an outdoor gathering of more than 500 people.

There is an area where someone making a complaint can describe the violation. Due to a large volume of calls, the initial idea of having a phone number was replaced with the creation of an automated form, according to Jared Maples, director of the New Jersey Office of Homeland Security and Preparedness.

State Police Superintendent Col. Patrick Callahan said in most cases the violations are handled by the police departments where they took place. He advised residents not to take matters into their own hands during the health crisis should they observe a violation.

“Just leave it up to law enforcement, whether that’s with this form or if it is more egregious, with a call to 9-1-1,” Callahan said.

Those who observe a violation in New Jersey and wish to report it can fill out the form by visiting covid19.nj.gov/forms/violation 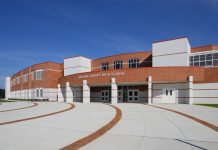