TOMS RIVER – A married Toms River couple were charged with using their spa for prostitution and hiding the proceeds using money laundering.

Police said they conducted a year-long investigation into Spa 1800, located on Lakewood Road in Toms River, which was owned and operated by Lefkowitz and Cui. Customers were offered sexual favors for money. The money was then deposited into different bank accounts to avoid reporting the income. 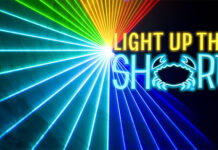