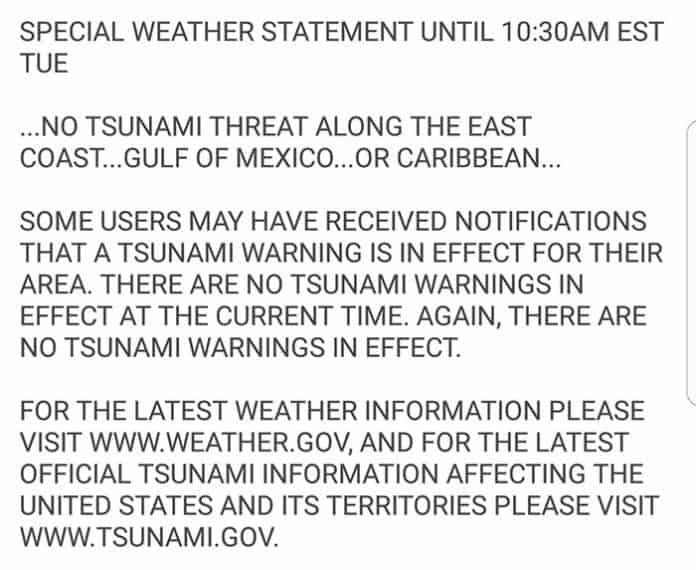 The warning was false.

Accuweather issued a statement on Feb. 6, several hours after a correction was sent out.

“AccuWeather has the most sophisticated system for passing on NWS tsunami warnings based on a complete computer scan of the codes used by the NWS. While the words “TEST” were in the header, the actual codes read by computers used coding for real warning, indicating it was a real warning,” the statement said.

As soon as Accuweather realized the error, they sent corrections via social media.

This incident takes place just weeks after another false warning was sent out to Hawaii residents that ballistic attic was imminent. For 38 minutes, Hawaiians believed an attack would occur, before a second message said the first was a false alarm.

The employees responsible for the message were not named publicly. One was fired and another suspended without pay.

New Law Teaches People How To Dispose Of Meds