The Sorrentino brothers allegedly took advantage of Michael Sorrentino’s reality television fame to create businesses such as MPS Entertainment LLC and Situation Nation Inc., according to documents and statements made in court.

Michael Sorrentino plead guilty to Count 13, which charges him with tax evasion, after he took efforts to conceal the accurate amounts of taxable income he earned in 2011. Attempting to avoid paying his full amount of required taxes, he made cash deposits into bank accounts. These deposits never went above $10,000 each, to avoid signaling suspicious activity to the IRS.

His brother, Marc, plead guilty to Count 5, which charges him with aiding in the preparation of fraudulent tax returns. Between the years of 2010 and 2012, he purposefully provided his accountant with false information regarding his taxable income and personal tax returns.

“What the defendants admitted to today, quite simply, is tantamount to stealing money from their fellow taxpayers,” US Attorney Craig Carpenito, District of New Jersey, said. “All of us are required by law to pay our fair share of taxes. Celebrity status does not provide a free pass from this obligation.”

“As we approach this year’s filing season, today’s guilty pleas should serve as a stark reminder to those who would attempt to defraud our nation’s tax system,” Jonathan D. Larsen, Special Agent in Charge, IRS-Criminal Investigation, Newark Field Office, said. “No matter what your stature is in our society, everyone is expected to play by the rules, and those who do not will be held accountable and brought to justice.”

The sentencing of the Sorrentino brothers is scheduled for April 25, 2018.

US  Attorney Carpenito and Principal Deputy Attorney General Richard E. Zuckerman of the US Department of Justice, Tax Division, credited special agents of the IRS, under the direction of Special Agent in Charge Jonathan D. Larsen, with the investigation. The government is represented by Assistant US Attorney Jonathan W. Romankow of the U.S. Attorney’s Office Criminal Division in Newark, and Trial Attorneys Yael T. Epstein and Jeffrey B. Bender of the Tax Division of the U.S. Department of Justice. 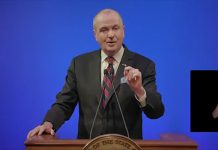