NEW JERSEY – The updated rules for the state’s growing craft brewing industry were applauded by at least one statewide organization, although more work still needs to be done.

Alexis Degan, director of the New Jersey Brewers Association based in Cherry Hill, said the special ruling handed down the New Jersey Alcohol Beverage Control is a significant step that “opens up a number of avenues to help breweries thrive in this state and to begin competing with our neighboring states on a more even playing field.”

The ruling, issued by the state’s ABC Tuesday, still subjects breweries to a 25-per-year limit on “special events,” although the definition of such an event has changed. “Special event” now means an event promoted through the media or event that provides entertainment such as a live championship sporting event broadcast or music/DJ performance.

Local breweries can continue to host trivia/quiz nights, craft making classes, yoga, etc., without qualifying them as “special events,” unless they are advertised and promoted in the media.

“We spent months meeting with stakeholders and listening to their concerns, especially the very few, very vocal licensees who felt their views were not adequately represented in the extensive stakeholder discussions we held prior to drafting and issuing the first Special Ruling,” James B.. Graziano, Acting Director of the Division of Alcoholic Beverage Control, said. “The Special Ruling issued today includes important changes that address key issues raised in these recent discussions.  The changes made are intended to help craft breweries promote their products and build their business while continuing to balance the concerns of other licensees and ensuring compliance with state law.”

The special ruling now allows breweries to provide patrons with menus from local restaurants for delivery. Guests can now bring their own alcohol to private parties, if owners allow, though breweries still may only host up to 52 such events a year.

Patrons must still complete a tour of the brewery before they may be served, although repeat customers now only have to take the tour once a year.

The new ruling also allows breweries to participate in 12 off-premises event with an ABC-issued permit, and will allow the sale of unchilled 4- and 6-packs.

The breweries still can’t sell food, other than di minimis types of food.

The New Jersey State Legislature amended state liquor laws in 2012 to allow for craft beer breweries. However, some breweries began “serving alcohol well beyond what the limited licenses allowed or ever envisioned. This resulted in complaints of unfair competition from bars and restaurant owners who hold licenses allowing full retail privileges,” ABC officials said. A Special Ruling was handed down last September, but struck down less than a month later when it receive backlash from industry leaders.

Degan is content with some of the ruling, but not all of it, and wants the Legislature to clarify the law. For instance, “the Association believes that the limits on special and private events at the brewery are not appropriate or supported by the law.”

“Thus, it is now vital that the Legislature clarify the legislation. It is ultimately detrimental to the economy to unnecessarily hamper business models that have been overwhelmingly propelled by and beneficial to the residents in this state with arbitrary limits on events that have been deemed appropriate for these venues. The New Jersey residents themselves have been vocal about their desire to see the brewery culture in this state continue its growth unhampered,” the New Jersey Brewers Association said.

“The Association believes that to accomplish this goal there are a number of fixes that could be made to prevent this type of piecemeal regulation, and calls on legislators to look at a comprehensive package of legislation that would protect the growing craft beverage industry in New Jersey. The only true, permanent fix is for the Legislature to clarify their own legislative intent in creating these retail consumption spaces, and to act to modernize the entire liquor license process in the state,” the Association concluded. 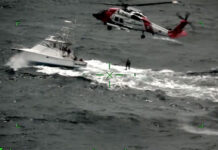