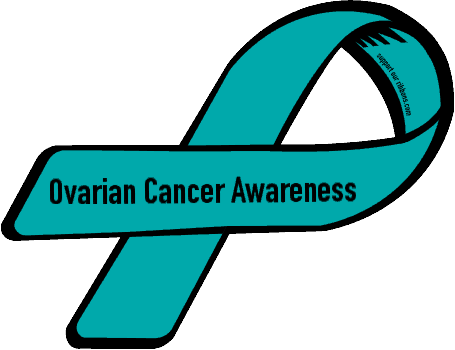 NEW JERSEY – Ovarian cancer will take the lives of over 14,000 women this year, and over 22,000 women will be diagnosed with the disease, according to the National Ovarian Cancer Coalition.

But even though that adds up to one in 75 women being diagnosed within her lifetime, it’s important to take a deeper look at the disease, its symptoms, risk factors, treatment – and most of all – its elusiveness.

September is National Ovarian Cancer Awareness Month, which was declared by President Barack Obama in 2015. The official White House proclamation describes the disease as being difficult to detect, but that by recognizing the warning signs, women can increase their likelihood of detecting ovarian cancer in its early stages, when it’s more responsive to treatment.

“75 percent of ovarian cancer is detected at a late stage, meaning stage 3 or 4. However there are signs and symptoms that are usually, at least initially, either overlooked by the patient or misinterpreted by the physician because they are very nonspecific and vague,” he said.

Those symptoms include frequent urination, abdominal pain, bloating or other gastrointestinal issues. Dr. ElSahwi said that by the time a patient presents their symptoms to him, they’ve already been through the gamut of seeing a gastroenterologist and urologist. Even an annual gynecological exam and Pap smear won’t detect the disease.

“The best we can do is alert the public and general practitioners of those signs and symptoms of ovarian cancer,” he said.

That being said, there’s a big difference between the general population and those at high risk for contracting the disease. High risk patients typically have a diagnosis of Hereditary Breast and Ovarian Cancer Syndrome (HBOC), which means there are multiple cases of breast or ovarian cancer on the same side of the family. Dr. ElSahwi said this is also known as mutations in the person’s BRCA, which stands for breast cancer susceptibility gene. Women of Jewish and Icelandic descent are more susceptible to the disease as well.

The general population has about a 1.2 to 1.5 percent risk of being diagnosed with ovarian cancer, while for women at high risk, the ratio jumps 20 to 50 percent. Dr. ElSahwi said he sees about 40 to 50 cases of ovarian cancer a year between him and his partner.

Dr. ElSahwi said there are a couple of tests like an ultrasound and blood test that can be done on people at high risk, those who have family histories of breast or ovarian cancer, but that the data is not very robust.

“Most of the screening studies are directed towards high risk people because of how difficult it is to screen for ovarian cancer.”

Treatment is two-fold, surgery and chemotherapy, but not necessarily in that order. Dr. ElSahwi said the surgery to remove a cancerous mass is usually performed first, and then followed up with chemo. But if the patient is an operative risk, chemo may start before surgery, and then continue again after. In some cases of stage 4 ovarian cancer, the only options that remain are chemo and hospice.

Chemotherapy can achieve initial remission in 80 percent of patients, but unfortunately, it will recur in about 75 percent. He said in March and April, the FDA approved two new drugs based on their good performance and targeting of specific mutations in the tumor.

Dr. ElSahwi said that people can sometimes be skeptical of clinical trials, but that they would be well advised to take advantage of them, since they use newer molecules. They should also listen to news about new maintenance drugs, as they might offer a longer remission. These clinical trials and newer treatments don’t replace the gold standard of care, they’re merely added to it, or started after the gold standard of care has been completed. While Dr. ElSahwi said he feels awareness for the disease has gotten better in the past couple of years, and that more people are talking about ovarian cancer, where he sees it coming from most is pharmaceutical companies. His hope is that pharma will use its power to not only push marketing for drugs, but also partner with physicians to get other messages out to the public, such as awareness about early signs and symptoms of ovarian cancer, newer and more targeted therapies and treatment options, and information about clinical trials that test for newer molecules.

“Pharmaceuticals are typically the best people to advertise and they typically actually resonate better than any community service or any healthcare system can – it’s just the nature unfortunately of our medical environment right now.”

“In a practical sense I think that would work in a more efficient way than either healthcare systems, doctors or the government has been successful at,” he said. “That would be a very beneficial partnership.” 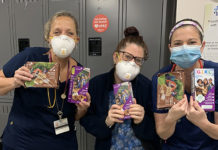