NEW JERSEY – A new bill will soon be making its way across Governor Phil Murphy’s desk that could officially legalize assisted suicide.

“This measure is about dignity. Senator Scutari and Assemblyman Burzichelli should be commended for sponsoring this bill that will make us a more dignified and empathetic state,” stated Gov. Murphy on March 25. “Allowing terminally ill and dying residents the dignity to make end-of-life decisions according to their own consciences is the right thing to do. I look forward to signing this legislation into law.”

S1072 was introduced in January of 2018 and didn’t make a second reading until over a year later in February 2019. On March 25, 2019, the Senate passed the bill, entitled “Medical Aid in Dying for the Terminally Ill Act.”

Assisted suicide would be available for New Jersey residents who are still able to make health care decisions but have also been deemed terminally ill. The bill defines “terminally ill” as a patient that “is in the terminal stage of an irreversibly fatal illness, disease, or condition with a prognosis, based upon reasonable medical certainty, of a life expectancy of six months or less.”

The bill also stipulates that the written request must be signed by two witnesses. At least one of the witnesses should not be a relative of the patient, entitled to any portion of the estate of the patient, an owner, operator, or employee of a health care facility where the patient is receiving treatment, or the patient’s physician.

Some lawmakers praised the legislation calling it an advancement for our society.

“I believe this bill is the right decision,” said Sen. Nicholas Scutari, R-Union, one of the bill’s sponsors.

Others believed the legislation to be risky, referring to the act of assisted suicide as “playing God.”

“Let’s not allow patients to take their own lives,” Assemblyman Christopher DePhillips (R-40). “The bill violates a physician’s Hippocratic Oath. This bill is inconsistent with the doctor’s role as healer.”

Should the bill become law, New Jersey would be the eighth state in which assisted suicide is permitted. 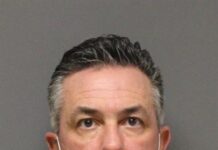