NEW JERSEY – Officials from the Center for Disease Control (CDC) are warning the public against eating the popular cereal Honey Smacks, following the spread of a Salmonella outbreak.

According to the CDC, the product was recalled in June.

Officials urge everyone to avoid consuming the product all together after 100 people over 33 states have been affected, posting “Do not eat this cereal,” via social media.

“Check your home for it and throw it away, or return it to the place of purchase for a refund,” stated the CDC.

According to the CDC, any trace of the product should be thrown away or returned for a refund and retailers should not sell or serve it. If stored in a reusable container, thoroughly clean the container with soap and water.

New York has seen the most infections from the tainted cereal with 11. Thirty people have already been hospitalized but no deaths have been reported.

Illnesses have been reported from March through July 2. The CDC stated that the cereal was recalled in June after it was determined that the product was linked to the infectious outbreak through interviews with those affected.

Salmonella can cause serious illness such as fever, diarrhea, nausea, vomiting and abdominal pain, among other more serious conditions. 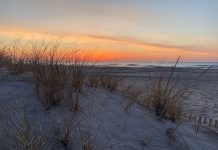