TRENTON – Gov. Phil Murphy opened his daily press update on the state’s COVID-19 stats with remarks about what was happening around the country in regards to the death of George Floyd.

The governor said the Garden State could be a catalyst of change to make sure that systemic racism ends and he thanked those who were involved with peaceful protests throughout the state.

“I support these protests and I thank the thousands of residents who peacefully and respectfully took part. I know the pain associated with this movement is real and it is representative of a society that has been largely unresponsive to calls for change and equal justice from black and brown communities,” the governor said.

Murphy called it a “transformational moment in our time. Protest is the language of the unheard, the ignored.” He noted the names of others like George Floyd of Minneapolis who died while in custody of four police officers on May 25, and “who lost their lives for no reason other than the color of their skin. So to these words, black lives matter.”

He added, “the fact so many came forward in peace and common ground to fight for the most basic principle of human dignity is a powerful reminder of the black and brown experience in America today.

State Police Superintendent Col. Pat Callahan said of the protests that occurred around the state that “the compliance with regard of the executive order was really overwhelming. Speaking to the events in New Jersey over the weekend, there was more than 30 organized protests and there was only two of which did not end peacefully and those were in Atlantic City that received reports of 12 arrests and right here in Trenton where 27 arrests were reported.” 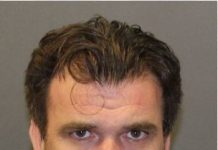