TRENTON – Democrat leaders announced an agreement on how to raise the state’s minimum wage to $15 an hour, although it will affect employees in various fields in different ways.

Legislation was crafted – but isn’t law yet – that would set a series of increases:

Seasonal employees and those at businesses of five workers or less would be affected at a slower rate. They would get to $15 an hour by Jan. 1, 2026. “By Jan. 1, 2028, workers in these groups will receive the minimum wage inclusive of inflation adjustments that take place from 2024 to 2028, equalizing the minimum wage with the main cohort of New Jersey workers,” a press release explained.

“Today, we are taking a historic step to provide more than one million New Jersey workers a stronger foothold in the middle class,” said Governor Phil Murphy in the press release. “No one working a full-time join should ever live in poverty. Putting the minimum wage on a clear and responsible path to $15 an hour is good for workers, good for our businesses, and good for our economy. A higher minimum wage strengthens all of New Jersey.”

“The plan includes tax credits for employers who hire people with disabilities, which will support the further integration into the workplace of those with disabilities, giving them the opportunity for meaningful employment and providing employers with highly motivated workers,” Senate President Steve Sweeney said.

“As the increases take effect, we must be sensitive to the impact it will have on working people who are below the ‘safety net’ and could be at risk of losing benefits as their wages increase. We don’t want to see them harmed by lost benefits as they gain in wages,” Sweeney said. 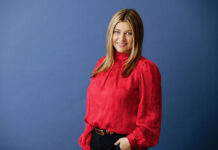