ASBURY PARK – An investigation into whether a journalist was wrongfully arrested during a protest determined that police mistook him for a protester.

The Monmouth County Prosecutor’s Office investigation determined that the journalist was not arrested to silence a reporter. Rather, he was arrested because he was believed to be a protester who had disobeyed orders to disperse more than two hours after the curfew. During the course of the investigation, 21 people were interviewed, and multiple videos were viewed.

Asbury Park Press reporter Gustavo Martinez had been at a protest in Asbury Park on June 1 that was in response to George Floyd’s killing in Minneapolis. The city had issued an 8 p.m. curfew.

Police said that the protest was peaceful for most of the night. Most complied with the curfew. About 200 of the approximately 1,000 still stayed out. At 10 p.m., officers issued orders via loudspeaker to disburse. The “remaining protestors were taunting and threatening officers, were unruly, and some threw water in officers’ faces. At approximately 10 p.m., the Monmouth County Rapid Deployment Force (RDF) and the NJSP Mobile Field Force were jointly deployed to disperse the crowd.”

Within 15 minutes after police in riot gear arrived, officers described the scene as a riot. Two officers were injured, one with a skull fracture from rocks that were being thrown.

Some journalists were wearing fluorescent vests with the word “PRESS” or were carrying large cameras that journalists would use.

“Martinez, unfortunately, was one such journalist whose affiliation with a news organization was extremely difficult to discern,” the prosecutor’s office said. He was wearing a dark hooded sweatshirt, dark jeans, goggles, a mask, a black helmet and a gray backpack.

His press credentials were on a lanyard around his neck that had the word “PRESS” on one side and nothing on the back. He was filming with his cell phone.

“When asked by detectives whether his employer provided him with any specific clothing or equipment, Martinez said they did not, but said that his editor did advise him to bring protective gear,” police stated.

Video of the arrest, some of it from Martinez’ cell phone, show officers arresting protesters. Martinez walked backward, filming the officers, for some of the video. Then, the reporter approached officers along with protesters.

Officers saw protesters approaching the officer making the arrest, and came to his aid because his back was to the protesters. This was when Martinez was arrested.

When the footage is being viewed from the body-worn cameras of the police, Martinez’ press credentials were backwards, with the blank side facing forward.

“The area is dark, poorly lit, and loud with yelling going on during the melee. Martinez is heard saying something during his arrest, but what he is saying is indiscernible and difficult to hear. Detectives reviewing the footage could only make out that Martinez said ‘I’m a [inaudible].’ Martinez is wearing a mask, is positioned face down, and there is a lot of commotion making hearing his exact words difficult for both the arresting officers and detectives who reviewed the clip multiple times. After Martinez is handcuffed, the officer advises him that he is going to roll him on his side and to get up on his right knee so the officer can help him up. Notably, after being helped to his feet, Martinez never indicates to either officer he is a member of the press,” the statement said.

“In his reporting, Martinez alleged that his cell phone was purposely knocked out of his hands during the arrest, but the two officers involved contend it fell during the arrest. The BWC footage does not clarify this point, but one officer is seen retrieving the phone and placing it in Martinez’s pocket after Martinez was helped to his feet,” the statement said.

“After his arrest, Martinez was turned over to other officers, was walked to the transport van and later processed at the Belmar Police Headquarters. Martinez had contact with three officers in the course of being transported to Belmar, but did not indicate to any of them he was a reporter. While being processed in Belmar, Martinez indicated he was a reporter only after an officer took possession of is property, saw his lanyard, and specifically asked Martinez if he worked for the Asbury Park Press. These officers, however, were unaware of the specific circumstances that led to his arrest. Martinez was issued a summons for failing to obey an order to disburse,” the statement continued. “These charges were dismissed later that same morning.”

The statement also notes “This investigation was undertaken not because of any direct complaint filed against any individual officer, but due to a number of broader citizen inquiries into the arrest of a journalist the night of the protest. To date, Martinez has not filed a formal complaint against any of the officers involved with either our Office or the Asbury Park Police Department.” 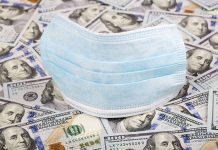