MANCHESTER – Two local men were arrested and charged with animal cruelty after they allegedly shot and killed the family cat, police said.

Police were alerted to the incident by a caller indicating that shots had been fired in the area of Johnson Avenue, in the Ridgeway section of town. This was at around 8:30 p.m. on Nov. 13. Police responded to the area, spoke to the person who made the call, who pointed them toward a backyard of a nearby home.

When police approached, they said they saw Ronald Malcolm, 59, of Pine Beach walking down the driveway with a partially-filled black garbage bag. They also spotted Eugene Kaufmann, 64, of Manchester, leaving the back yard through a fence.

Police learned that the men had acted together in the killing of the Kaufmann family cat in the back yard with a handgun. The cat was being disposed of in the garbage bag.

Members of the Manchester Police Patrol Bureau and Investigations Bureau handled the investigation along with assistance from the Ocean County Sherriff’s Department Crime Scene Investigations Unit. 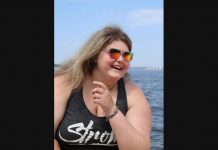