MARLBORO – A Whiting man was charged with firing into a home and vehicle in a neighborhood in Marlboro, police said.

Joseph M. Galli, 27, of Whiting, was charged in the incident. Police said Galli had no connection to the residents of that home. No one was injured.

At approximately 3:30 a.m. on April 7, Marlboro Police responded to a report of shots fired on Dutch Lane. The investigation by the Monmouth County Prosecutor’s Office and Marlboro Police revealed that the weapon belonged to Galli. Projectiles were found in the home and a vehicle.

If convicted of any of the firearms offenses, Galli faces a sentence of five to ten years in prison subject to the provisions of the Graves Act, requiring him to serve a mandatory 42 months in state prison before becoming eligible for release on parole.  His maximum exposure on the Aggravated Assault charge is 10 years, subject to the “No Early Release Act (N.E.R.A.),” which would require him to serve 85% of any sentence before becoming eligible for parole. 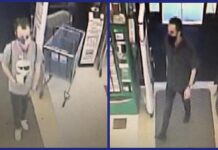