LAKEHURST – The borough is mourning the loss of its first police chief, Richard Chinery, who died in his Delaware home on November 1.

Chinery was the first Police Chief for the Borough having served in that role from 1961 to 1967.

He had a prestigious career in law enforcement spanning more than 30 years. During his time with the Ocean County Prosecutor’s Office, he rose to the rank of Chief of Detectives. He later went on to serve as the Public Safety Director of the Jackson Township Police Department.

Members of the Ocean County Prosecutor’s Office made a statement of condolence expressing the department’s “thoughts and prayers are with the Chinery family. Rest in peace Chief!”

The statement adds, “we are saddened to hear of the passing of former OCPO Chief of Investigations Richard Chinery.”

The OCPO noted that Chinery graduated from the inaugural class of the Ocean County Police Academy in 1961. He became the first police officer of the newly formed Lakehurst Police Department, becoming the youngest Chief of Police in the State of New Jersey at the age of 25.

In 1967 he joined the OCPO and rose to the rank of Lieutenant before his retirement in 1986. In 1992, Chief Chinery became the Jackson Township Police Department public safety director.

He led that department until 1994. In 1995 he returned to OCPO as Chief of Investigations, under then Prosecutor Daniel Carluccio, retiring from that position in 1997.

“Thank you for a lifetime of service to the residents of Ocean County,” the OCPO statement added. 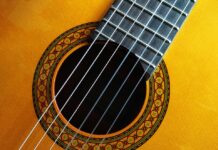