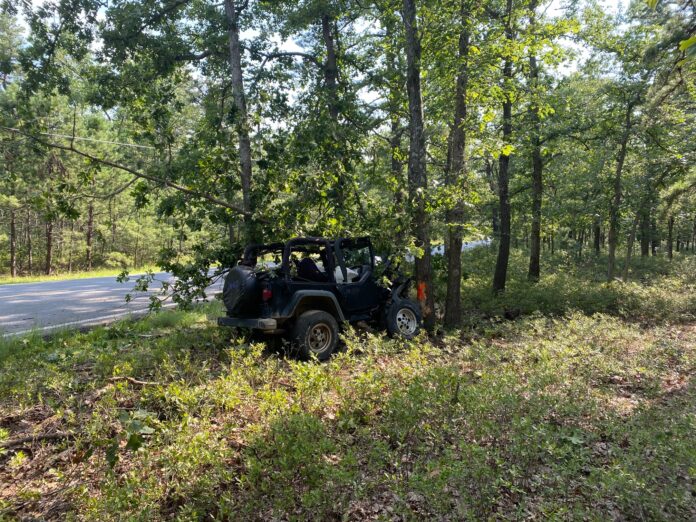 MANCHESTER – A 49-year-old man had to be airlifted to a shore area trauma center after his vehicle ran off the road and crashed into a tree.

Manchester Township Police confirmed Daniel Amble of Allentown, New Jersey, was driving eastbound on Pasadena Road near Buckingham Road on July 23 when his Jeep left the roadway, veered onto the shoulder before crashing into brush and striking a large tree.

In addition to Manchester Police, EMTs from the Manchester Township Division of Emergency Services and Paramedics from Robert Wood Johnson University Hospital all helped at the scene.

While the investigation continues, police believe that a failure to maintain lane is likely the primary contributing factor.

Patrolman Conner Yatauro of the department’s Traffic Safety Section is leading the probe.