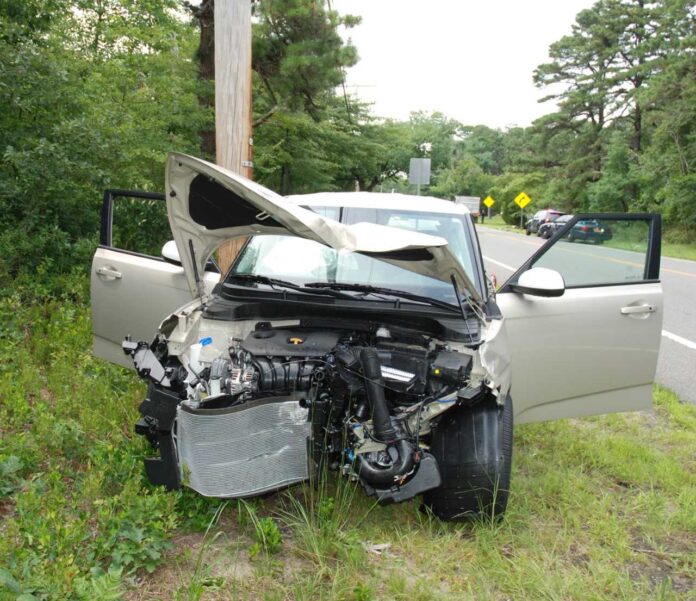 MANCHESTER – A dump truck collided with a sport utility vehicle on July 22 resulting in one driver being airlifted to a shore area trauma center.

Township police responded around 12:57 p.m., to Lacey Road in the Whiting section of Manchester. Their investigation revealed that the dump truck had smashed into the SUV.

The driver of a 2020 Kia Soul, identified as 90-year-old, William Goldenbaum, was transported via ambulance to Community Medical Center in Toms River for treatment and evaluation of apparent non-life-threatening injuries. The front seat passenger in his SUV, 92-year-old Louise Tully, suffered lower extremity injuries and was flown to Jersey Shore University Medical Center in Neptune by medevac helicopter.  Tully is listed in critical but stable condition.

The driver of the Peterbilt dump truck, identified as 27-year-old, Brendon Poff, was not hurt from the accident and declined medical treatment.

While the investigation into the crash is continuing it appears that failure to yield the right of way to oncoming traffic was the primary contributing factor. This crash is being investigated by Patrolmen Conner Yatauro and Michael O’Hara who are members of the department’s Traffic Safety Section.

EMTs from the Manchester Township Division of Emergency Services and Paramedics from Robert Wood Johnson University Hospital responded to the scene.