MANCHESTER – A heroin investigation throughout the County has led to the arrest of a Manchester man after police found drugs and an illegal handgun in his home, police said.

The Manchester Township Police Department’s Narcotics Enforcement Team identified an address in the Suncrest Village Apartment complex of Manchester to be storing and distributing quantities of heroin.

Detectives identified 27-year-old Eugene Ayala Jr. of Manchester, an alleged member of the “Crips” street gang, as being involved in the distribution of heroin within the area.

Subsequently, Ayala Jr. was charged with Possession of Percocet, Second Degree Certain Persons Not to Possess a Firearm, Possession of Hollow Point Ammunition and Possession of Drug Paraphernalia.

Residents are reminded that drug-related tips can be reported to the Manchester Township Police Department anonymously at 732-657-6111 or online via the Department’s website at manchesterpolicenj.com. 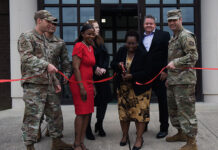 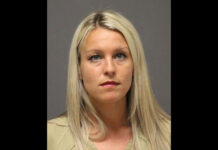