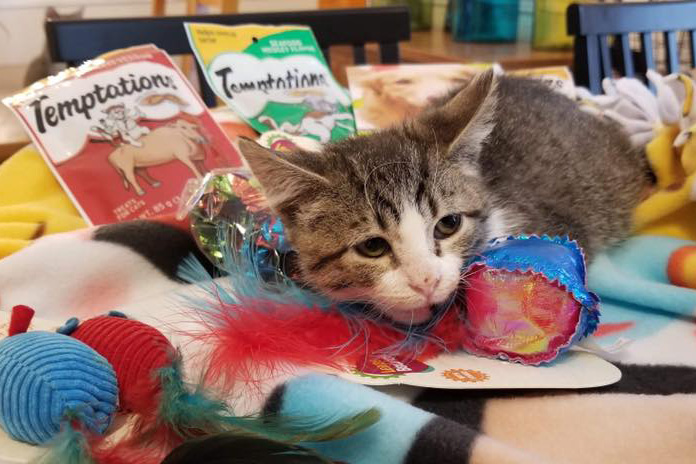 Councilman Alex Sauickie said during a recent council meeting that he was proud to co-sponsor the ordinance with Council Vice President Barry Calogero. “This ordinance was drafted in recognition of the unique environmental conditions within Jackson that foster the habitats of an abundance of animal species, including many of which are endangered. Our animal population is vast and diverse and these animals both domestic and wild, deserve protection,” Sauickie said.

Sauickie added, “given the numerous examples that have been reported over the years of cruelty to animals throughout the state and the lack of enforcement, it was our goal to provide measures at the local level to protect this population. We believe enforcement against these acts of cruelty within surrounding towns was inadequate because they had nothing on the books to deal with them at the municipal level and thus, this ordinance gives our local police officers and code enforcement department, which are second to none, the power to enforce these protections and bring those that break them to justice.”

The ordinance states that “The council further finds that the people of Jackson should treat animals as more than just lifeless inanimate chattel property and recognizes that the relationship between human beings and animals is a special relationship that improves people’s lives and reflects basic humanitarian beliefs.” The ordinance focuses on “the prevention of cruelty, harm, suffering, abandonment or death of animals.”

Animals are considered to be any living nonhuman mammal, bird, reptile, or amphibian including, but not limited to, bats, companion animals, companion birds, domestic animals, exotic or wild animals, livestock, pigeons, poultry, woodchucks, rabbits and skunks. The ordinance does not include insects and arachnids.

Sara Cameron, the president of the non-profit Jackson organization, Calling All Cats, stated her support for the ordinance’s introduction calling for residents to show up at a Nov. 12 meeting to promote its passage when it comes up for its public hearing and final reading.

Cameron noted that the ordinance was inspired by the work of her cat sanctuary and other groups like it that assist abused and homeless animals.

Cruelty is defined as any act or inaction that causes, is known to cause or is calculated to cause physical or psychological pain, injury, damage or harm to an animal. Those cited for cruelty can include the owner of the animal and personal observation of cruelty by a township official or police officer is not required.

Other forms of cruelty include failing to provide necessary sustenance, including food and water, to an animal under that person’s custody or control as well as failing to provide adequate shelter, poisoning, attempting to poison or allowing an animal access to poisonous substances such as antifreeze, baiting any animal with any substance soaked, treated or prepared with any harmful or poisonous material unless such actions are undertaken by a licensed professional exterminator.

Abandonment of an animal is also classified as cruelty and is defined as anyone who relinquishes possession or control of an animal in a location where any reasonable person would know the animal has little chance of finding food, potable water, and shelter.

“This ordinance protects current state mandated and administered hunts. What a hunter could do before, he or she can continue to do within the guidelines of state rules and regulations. There is also clear language that continues to recognize exemptions from enforcement for religious activities that are protected by federal law,” Sauickie said.

William Marx was among several residents who spoke during the public comment period of the meeting voicing concerns about enforcement of the ordinance. He observed the slaughter of chickens at a school parking lot in Lakewood at an Orthodox Jewish school.

Other residents feared that dead chickens slain in such rituals would end up in a dumpster and even if contained in a plastic bag, might present a health hazard. Lakewood was again noted as a place where such practices were observed.

“There is nothing on the books in Lakewood but it will be in effect here. These activities must be practiced according to the defined procedures within respective religions and within the privacy of their home or religious institution. Anything to the contrary would be in direct violation of this ordinance, and any individual or group breaking this law, would face the consequences outlined within,” Sauickie added.

Former planning board member Richard Egan also supported the ordinance. “I think the animal cruelty bill is a good idea if properly enforced.”

Those found guilty of violating the ordinance would face fines of up to $500 for each offense, imprisonment for not more than 30 days, or both, at the discretion of the court. Each offense shall be treated individually as relates to the number of animals impacted by the offense(s).

Any charges for medical care paid by the township for an animal suspected of being a victim of cruelty could be collected through a legal process. 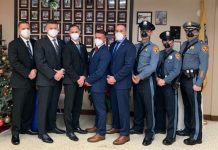