JACKSON – Dr. Teresa Taylor has some large shoes to fill. She took over as special education director recently when Dr. Robert Cerco retired in August after years of service leading that crucial department.

Cerco received high praise by Superintendent Stephen Genco and members of the Board of Education during their August meeting which also included a report on its special education program presented by Assistant Superintendent Nicole Pormilli.

“That number changes every day,” Taylor said. She previously served as director at the Freehold Regional School District and is a licensed psychologist.

Last month’s presentation focused on the performance of the district’s special education program which was based on how it related to the State Performance Plan (SPP).

The PowerPoint presentation which Cerco helped prepare focused on data collected between Oct. 2016 to Oct. 2017.

The data was intended to be used by districts for identifying trends of strength and areas for improvement.

“We’re hitting the target,” Pormilli said regarding overall results, but graduation rates (four years with a diploma) was one area that needed improvement. However, the board and district staffers said that the measurement for this, as it applied to this district, was misleading.

The pre-school outcomes were collected but not reported and will be available for the next report.

In the category of parent involvement, child find, early childhood transition and secondary transitions and post-secondary outcomes it had not met its target.

“We’ve met some but not other areas,” Pormilli said during the presentation.

Based on the State’s 2017 data, there was an average of 81 percent graduation rate in schools across the state. The Jackson district was at 74.3 percent, which concerns the number of students that remain in the district to age 21.

Cerco and Superintendent Stephen Genco both said during that meeting that in these cases as a district that retaining them to age 21 is the right thing to do for certain special education students and that practice will not change.

As for assessment performance the district did not meet its performance targets for grades 2- high school. This is seen as an area of growth but also an area in need of improvement according to the presentation.

These areas were marked for increased inclusion, data driven instruction and target teacher training. The program noted a culture change that was needed.

“We wanted to expand inclusion and we made it a priority,” Pormilli said. Her presentation concluded with a quote from Desmund Tutu, “inclusive, good-quality education is a foundation for dynamic and equitable societies.”

Taylor concurs with that theme and said on Sept. 18 that some of the district’s initiatives for special education “have already been put into place. Compliancy is a major factor and there is a lot of state monitoring.”

“For me it is about focusing on the best social and educational environment,” Taylor said. She added that her goal was to see the classroom be both socially and emotionally secure “which promotes academic growth.

“I love Jackson and our district is focused on what it needs to do and we have a great staff. I’m bilingual so I’m happy to be able to communicate in Spanish with those students where that kind of need would apply.

“There will be continued focus on areas in need of improvement, changing mindsets and creating inclusive environments that will assist our students in developing skills and strategies to serve them well in being socially emotionally prepared, problem solvers and critical thinkers,” Pormilli said. 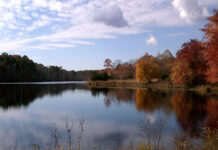