JACKSON – A motorcyclist blew past other cars at 95 mph on West County Line Road, police said, leading to a brief chase that almost got very dangerous.

Officers Eric Fricks and Andrew Lopez attempted to pull him over. Lopez reported that he saw the motorcyclist look back at the police car and then speed up. He crossed a double yellow line to pass a vehicle.

It was at this time that the shift supervisor called off the chase. Police officers are trained not to give chase it could become dangerous to drivers on the road.

The officers did see the motorcycle go through the four-way stop at Harmony and Hyson Roads and nearly lose control of the bike before coming to a stop. The officers then placed him under arrest and impounded the motorcycle.

Zebrowski was charged with eluding and multiple traffic summonses.

Serious Crash Under Investigation In Jackson 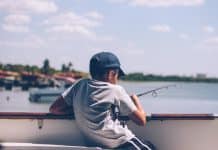