JACKSON – Police officers revived a Jackson man after a nearly fatal overdose on Friday, seizing his stash of drugs and drug paraphernalia in the process.

At approximately 1 a.m. on Nov. 30, officers Thomas Conti and Derek Thomason responded to a 911 call at a residence located on New Central Avenue. Upon arrival, the officers heard a female screaming and discovered a 49-year old man unresponsive and not breathing.

It took officers two rounds of Narcan to revive the male victim, who was then transported to a local hospital for treatment.

Before leaving the scene, police seized the man’s drugs including “several small plastic bags used to package heroin, hypodermic syringes and spoons used to prepare and inject heroin with residue on them, several small bags containing crack cocaine and a glass pipe used to smoke crack cocaine,” according to the police report.

According to police, the items were confiscated and no charges are pending against the victim “as per the Overdose Prevention Act.”

After being released from the hospital, the male victim called up the Jackson Police Headquarters wondering where his drugs had gone. Wanting to know “how much cocaine and heroin was taken from the home,” police informed him that the items must be removed when responding to an overdose. 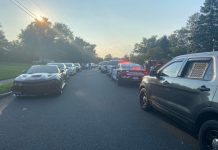 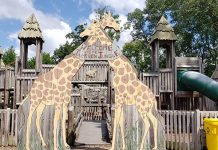