Roberto Alcazar-Sanchez, 27, of Jackson, was the suspect in a crash that took place at around 6 p.m. on December 24, 2020. A Mercedes Benz was getting off I-195 at Exit 21. As it was attempting to turn onto Cedar Swap Road, it collided with a 2003 Chevrolet Silverado.

The driver was Norman Shtab, 83, and the passenger was his wife, Phyllis Shtab, 81. The two Howell residents were brought to Jersey Shore Medical Center in Neptune. Phyllis Shtab succumbed to her injuries on December 26.

Alcazar-Sanchez surrendered himself to United States Customs and Border Patrol Protection Agents in Laredo, Texas on March 3. He was then extradited from Texas to New Jersey, and has been lodged in the Ocean County Jail since March 31. 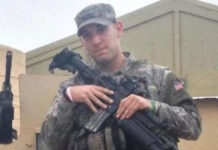