JACKSON – A Florida man has been arrested and charged after using counterfeit money to pay for items at the Jackson Premium Outlets last week, police said.

Detective Purtell of the Jackson Township Police Department was on patrol at the outlets for an unrelated investigation on November 8 when he was notified that several stores reported two men attempting to pass counterfeit money.

After searching the area, Detective Purtell found one of the suspects thanks to the description forwarded by dispatch.

When the suspect was approached, he froze but shortly after he dropped his bags and ran from police. A foot pursuit ensued, with the suspect ignoring orders to stop.

During this time, Detective Purtell saw the suspect rip apart several bills and threw them to the ground, attempting to destroy evidence, police said.

Detective Purtell was able to corner the suspect and subsequently arrest him. During the search, several $100 bills were recovered and it was ultimately determined that the bills were counterfeit due to their texture and color. Additionally, all the bills possessed the same serial number and were confirmed to be counterfeit by authorities. The suspect had a total of $1,000 in counterfeit bills, some which were used to make fraudulent purchases.

The man, who was identified as 26-year-old Jeremy Hardy of Fort Lauderdale, Florida was charged with five counts of Possession of Counterfeit Bills, Destruction of Evidence, Obstruction and Hindering Apprehension. He is currently lodged in the Ocean County Jail.

Secret Service was also advised of the counterfeiting incident. The second suspect was never located or identified, police said. 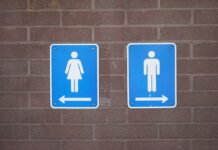 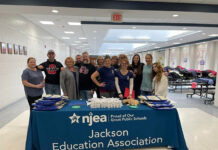