JACKSON – New Jersey law enforcement issued statements regarding the tragic death of George Floyd, and spoke about how important it is for police to treat the public with respect and fairness.

“Along with my cadre of dedicated command staff and police officers, I am disturbed and saddened by the video of this incident, and none of them condone this conduct or would allow it to go on,” Jackson Police Chief Matthew Kunz said. “The primary purpose of our training is the preservation of life, and the protection of individual liberties.

“We want the public to know that this act does not represent who we are as police officers or what we stand for. Our police officers believe in treating everyone fairly and impartially during our interactions with the public, and we thank all of our residents for the overwhelming support they show for our officers every day,” he said.

His department sends their thoughts and prayers to the Floyd family, the residents of Minneapolis, and everyone else who has been affected by this tragedy.

A statement from the County Prosecutors Association of New Jersey said that much of law enforcement’s relationship with the community is built upon trust.

“We trust the members of our community to follow the law and cooperate with our efforts to enforce it; our community has the right to trust that they will be treated fairly and justly by the officers who serve them,” the Association said.

They noted that this trust, professionalism and respect has been called into play while officers have had to enforce “significant restrictions on our normal activities with sensitivity to the stress that our residents are experiencing in the midst of this public health crisis.”

Anyone who feels they have been the victim of bias is encouraged to contact that officer’s chief or the county’s prosecutor’s office so their complaint can be thoroughly investigated.

The Association explained that last fall State Attorney General Gurbir S. Grewal issued a comprehensive package of reforms intended to promote the culture of professionalism, accountability and transparency. The “Excellence in Policing Initiative” will build a national model for strengthening accountability and trust between law enforcement officers and the communities they serve.

Kunz touched on this as well, saying Jackson officers welcomed the initiative. “We do this not simply because it is mandated, but because of the critical importance in training the most educated and compassionate police officers. As a department, we will continue to work hard each and every day to earn your trust.” 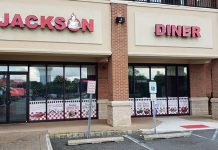